Our fifth installment of the Reggie Young & Bobby Emmons 1967 liner notes, featuring Bobby Bland, Junior Parker, Chuck Berry and what may just be the rarest 45 of all!

Lattimore Brown was deep. There was a certain compassion, a spirituality about him that was hard to define… 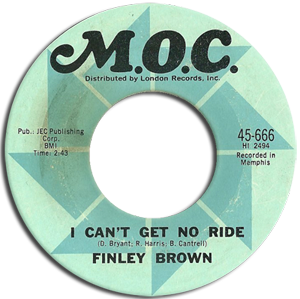 This episode is dedicated to the memory of Sherry Emmons Brugman who, like her father, was much loved by all who knew her. Her enthusiasm and warmth of spirit shone like the sun. It was Sherry’s kindness that made it possible for us to digitize Bobby’s session log books, thereby insuring that his music will live on for future generations…
May God Rest Her Beautiful Soul.

Some new revelations straight from the horse’s mouth… along with a major discovery! (YouTube playlist of all tracks below, as always…) Down in The Shoals, it was kinda like ‘all Travis all the time’ as, in addition to being asked to speak at the unveiling of his ‘star’ […]

A Soul Detective survey of some of the lesser known sides cut by the man Sam Phillips called “The greatest Rock & Roll guitar player around.” You Tube Playlist Below… Born in the small town of Walnut in the Mississippi ‘Hill Country’ in 1946, Travis Wammack moved to Memphis […]

Our third installment of the notes for the 1967 Reggie Young & Bobby Emmons Discography (You Tube Playlist below) This episode is dedicated to the memory of Quinton M. Claunch, who passed away while I was writing it, and to Roosevelt Jamison who sought him out all those years ago, changing all of […]

Our second installment of the notes for the 1967 Reggie Young & Bobby Emmons Discography (You Tube Playlist below) Now let’s talk about another major player in this story, one W.D. ‘Buddy’ Killen. Killen grew up in Muscle Shoals, but left for Nashville ‘before the ink was dry’ on his […]

At long last, here’s the first episode of the 1967 Reggie Young (and Bobby Emmons) Discography Liner Notes (YouTube playlist below): By 1966, Bobby Patterson and his Mustangs were the hottest R&B act in Dallas, packing the same clubs that Lattimore Brown and his Mighty Men had a […]

Henry Henderson was one of the kindest, gentlest people I have ever known. He was also one hell of a Soul singer… one who just couldn’t seem to catch a break. When I visited Billy Lawson at Wishbone earlier this month, he asked me if I knew of […] 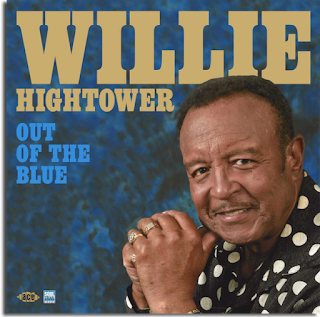 Willie Hightower – Out Of The Blue

Every once in a while the forces of the Universe seem to align just right, and pull things together in unforeseen and miraculous ways… this is one of those times. Willie Hightower, one of the truly great Soul Singers of our time, has just released his first album […]