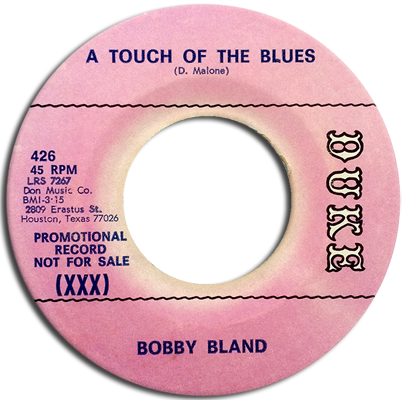 Our fifth installment of the Reggie Young & Bobby Emmons 1967 liner notes, featuring Bobby Bland, Junior Parker, Chuck Berry and what may just be the rarest 45 of all!

This episode is dedicated to the memory of Sherry Emmons Brugman who, like her father, was much loved by all who knew her. Her enthusiasm and warmth of spirit shone like the sun. It was Sherry’s kindness that made it possible for us to digitize Bobby’s session log books, thereby insuring that his music will live on for future generations…
May God Rest Her Beautiful Soul.

Our second installment of the notes for the 1967 Reggie Young & Bobby Emmons Discography (You Tube Playlist below) Now let’s talk about another major player in this story, one W.D. ‘Buddy’ Killen. Killen grew up in Muscle Shoals, but left for Nashville ‘before the ink was dry’ on his […]

At long last, here’s the first episode of the 1967 Reggie Young (and Bobby Emmons) Discography Liner Notes (YouTube playlist below): By 1966, Bobby Patterson and his Mustangs were the hottest R&B act in Dallas, packing the same clubs that Lattimore Brown and his Mighty Men had a […]